Interview with Daneace Jeffery, Author of Another Me

January 01, 2018
Author’s Bio: Daneace Terry Jeffery is a Baltimore-based children’s book author and a teacher who has taught for 19 years in Howard County, MD. Ms. Jeffery earned a B.A. in English and a M.S. in Literacy. She has five grandchildren who are all bi-racial. Another Me is the third book in the Ella series that is loosely based on the life of her eldest granddaughter.

What inspired you to write your book?
DJ: I was inspired to write the first book after the birth of my first bi-racial granddaughter. It was important to me to find books to add to her library that featured a bi-racial child. Unable to find the right book, I decided to publish my own. I was not looking for the “look I’m a bi-racial child” book, but just a regular picture book with the main character being bi-racial.

Is there any particular author or book that influenced you in any way either growing up or as an adult?
DJ: Being a children’s book author was something totally out of my arena.  Growing up my influence surrounded authors like Nikki Giovanni, Richard Wright, Gwendolyn Brooks, Langston Hughes and believe it or not, Shakespeare and Chaucer.

Is this your first book? How long did it take to start and finish your book?
DJ: No, Ella and Her Bubbles was the first book and Grandma’s Two is the second book. Another Me is my third book.  It took about 3 months to write this third book, because I would write a few lines and put it away.

Do you write with an outline, or just let it flow organically?
DJ: Because these are picture books, I don’t use an outline, I take my inspiration from my grandchildren and their lives.

Do you listen to music when you write? If yes, is there a theme song for this book?
DJ: No, I don’t listen to music at all when I write, I need the peace and quiet to hear my thoughts.  My ideal surrounding to write is somewhere near water like a deserted beach or ocean. I love nature’s music.

What are the keys to success in getting your book out to the public?
DJ: My key to success is feet to the floor.  You have to be willing to put in the hard work of selling yourself in whatever manner you can.  I try to place myself in situations where I can be seen and heard with book in hand of course. And a good publicist is also another option.

What advice would you give to new authors?
DJ: The best advice I would give to new authors is to do your homework, know your weakness and be prepared for hard work that may not lead to success the first time around. Anyone can write a book, but will anyone buy that book?  If the market is already saturated with books about peanuts, you better have a new idea of what to do with those peanuts before you spend money to publish.

How about sharing an excerpt from Another Me?
DJ: The baby is here and her name is Sophia. Today I am going to meet my baby sister at the hospital for the first time. I am very happy that I can play with her now and tell her all about the fun things we can do when she comes home. I hope she likes all of the stuffed animals and toys I left in her crib. When I get to the hospital and walk in the room Mommy is holding her. I just stop and stare. She is very small.

What’s next for you?
DJ: I plan on publishing books four and five in the Ella Book series, but first I am taking a detour to write a book based on the aftermath of the death of my nephew who was one of the sailors killed on the USS Fitzgerald this past June. This book will be about all of the various people and organizations that have held our family together in this time of national tragedy.

It’s been a pleasure having you here with us today. I know my readers will enjoy getting to know you and your work. 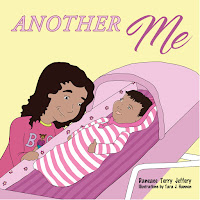 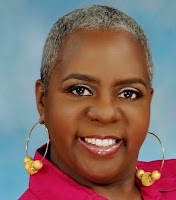 April 27, 2022
Poet’s Bio: Poet Brenda Bunting, she/her is the author of Poems of Love and Violence In Between Life and Death (1st and 2nd editions).  She is an award-winning orator whose work has appeared in numerous publications online and in print. She hosts poetry events and has been the featured poet at live events, virtually, on television, and blog radio.    Brenda is a poetry workshop facilitator and spoken word artist who advocates for racial, social, and environmental justice. Brenda has a BA in English and is completing her Master of Teaching at NYU. She is a literary leader of Prince Georges County Maryland, a life member of the Kentucky State Poetry Society and certified Life Coach. Brenda is working to complete her next books of poetry. Check out her artist page on Facebook at   FreeThinker Poet Deliah Lawrence: What inspired you to be a poet? Brenda Bunting: I started writing poetry when I was 12 years old, over 40 years ago. Poetry provided the creative cloak I needed to try
Post a Comment
Read more

It’s A Book Thing Presents: An Interview with Lauri Fitz-Pegado, author of Dancing in the Dash: My Story of Empowerment, Diplomacy, and Resilience

January 10, 2022
Author’s Bio: Cultural and commercial diplomacy are the hallmarks of Lauri Fitz-Pegado’s career in the public sector, private sector, with nonprofits and in the arts. She has worked at the Voice of America, served in the Foreign Service in the Dominican Republic and Mexico, and appointed Assistant Secretary and Director General of the Foreign Commercial Service. Lauri held senior positions at Iridium and several public affairs companies. Grounded in ballet training and performance early in her life, she has returned to teaching ballet and mentoring, applying her communications and public relations skills to promoting artists, and her business and leadership experience to advising dance institutions sharing her commitment to social change, empowerment and inclusion. In Dancing in the Dash , she tells her story and the relevance to her career achievements of skills acquired through ballet training. Lauri received her M.A from the Johns Hopkins University School for Advanced Interna
2 comments
Read more