DL: What’s the inspiration for writing your book?
FEH: Since our involvement in Vietnam ended in 1975, those born after 1965, or under 53 have no appreciation for the impact of the large war, and how it tore the country apart as it continued as positions for and against the war hardened. It is important for our political future for citizens to learn about the past follies of war-loving politicians—Vietnam and Iraq 2.

DL: Is there any particular author or book that influenced you in any way either growing up or as an adult?
FEH: As a teenager and young adult, Mark Twain influenced me on how to use writing to describe and influence political events. His use of humor and sarcasm to make his readers remember his writing impressed me.

DL: How long did it take to write your book?
FEH: Abandoned Home: Vietnam Revenge Murders was my fourth book, and I completed writing the novel within a year. My first novel, Unplanned Choices, took three years when I was in my formative stage of writing. Since then, I have developed my writing techniques, work habits, and editing efficiency allowing me to reduce the time for writing novels or short stories.

The next question includes a discussion of my writing techniques. Since I am a morning person, I would wake up early, five or six, and write for two, three or four hours. There were two processes that helped to improve my editing efficiency. First, I joined two critique groups and received periodic feedback on my drafts and suggestions for improving them. Second, I used automated editing and writing software, ProWritingAid, and MasterWriter to reduce my editing time and improve the clarity of the writing. However, I did not develop the cover for Abandoned Homes: Vietnam Revenge Murders, until I had almost finished the text, which added three months to the publication process. For my next book, a sequel to Abandoned Homes: Vietnam Revenge Murders, I will start developing the cover after completion of the first draft.

DL: Do you write with an outline, or just let it flow organically?
FEH: There are three procedures I use to write novels. First, I develop a chapter outline. Second, I create an annotated outline, where each chapter’s annotation is the title of a scene or a narrative summary. Third, I create a large spreadsheet where the elements of the first row are the chapter headings, and the elements of the second row are the scenes. The data in the cells of the scene columns include characters, date, point of view, location, setting, first sentence, scene summary, transition sentence, and ideas for improving the scene in the next editing round. During the creative writing process I update the spreadsheet as I develop new ideas to improve the novel.

DL: What are the keys to success in marketing your book(s)?
FEH: I use the standard tools, including a website and Facebook page to develop a reading audience. However, I find the most effective method of recruiting new readers is to attend as many book signings as possible, whether at book stores, book festivals, writer’s conferences, or book clubs.

DL: What advice would you give to aspiring writers?
FEH: Keep writing and improving your techniques. Developing writing skills is similar to improving your tennis or golf game. Practice, practice, and more practice is required to improve. In tennis you would never win if you still used a wooden racket. You’d always lose in golf if you still used old metal shafts. Similarly in writing, use automated software to improve writing efficiency, continue taking writing courses to maintain your skills, and never stop writing so your draft quality doesn’t deteriorate.

DL: How about sharing an excerpt from Abandoned Homes: Vietnam Revenge Murders?
FEH: Here you go: From Chapter 1

...He heard the crack before he felt his left leg disappear through the floorboards up to his knee. The initial sharp pain in his knee subsided immediately when the wood broke from the floor and fell to the crawlspace relieving the pain caused by the stabbing jagged wood. Dust rose from the broken floorboards, accompanied by the earthen smell of accumulated dead insects and small animal droppings. He feared he could have a broken leg and would become part of the abandoned home, perhaps decaying over the next several months into a trapped skeleton. That fear subsided as he felt his cell phone in his shorts’ pocket, and realized he hadn’t broken his leg as he could move it without a sharp pain.

Paul looked through a crack in the broken floorboards and estimated the surface of the crawlspace at six inches below the bottom of his foot. Kneeling on his right leg he found he could not directly lift his injured leg through the destroyed floorboard. He had to use his arms to break the decayed wood around the initial hole so he could remove his leg by lifting his right knee, balancing on his hands and pulling the other leg though the widened hole. Returning his right knee to the dirty wooden floor, he placed his injured leg outstretched to the right of the hole.... After stabilizing his injured leg, he gazed into the crawlspace and saw sunlight pouring through the window reflecting off a skull.

DL: What’s next for you?
FEH: My current writing includes developing a sequel to Abandoned Homes: Vietnam Revenge Murders and writing short stories for my next short story collection. The new novel continues the adventures of Detective Margaret Hoffman and retired professor Paul O’Hare who met in the first novel. In this book they marry and investigate a massive embezzlement at a large Delaware credit card company, and survive an attack by one criminal. The book is set in Delaware and Greece, where the recently married couple spent their honeymoon. My short stories continue my adventures in writing humorous stories with a twist, initially presented in First Time.

It’s been a pleasure having you here with us today. I know my readers will enjoy getting to know you and your work. 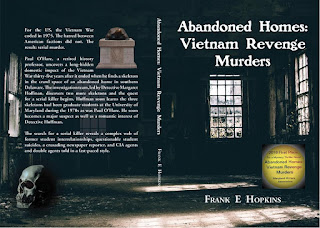 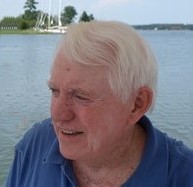 October 31, 2020
Like many authors, I’ve had to cancel a few in person appearances and other author events since the pandemic. Bummer. But I was pleasantly surprised when I received an email from Georgia Harris, a friend of Emma Lou Black (the founder of the Heritage Book Club in Lexington, Kentucky) asking whether I would be available to meet virtually and discuss my first romantic suspense novel, Gotta Let It Go with her book club – The Ladies Who Love Literature.  Without hesitation, I jumped at the opportunity to connect with these avid readers via Zoom.  After we locked in the date (October 10, 2020 at 4 p.m.) I began communicating with Gayle Lloyd, a founder of the book club. She prepared a flyer (see below) with details of who they are, the types of books they like to read, and their logo designed by Belinda Stallings-Fields (another founding member) denoting the “chic, sophisticated persona of this group of enthusiastic readers." This was awesome! Needless to say, I was super excited w
Post a Comment
Read more

It’s A Book Thing Presents: An Interview with Sharon Buchbinder, author of Tears of the Wolf

It’s A Book Thing Presents: An Interview with Bonné Bartron, author of Whispers

November 23, 2020
Author’s Bio: Award-winning screenwriter and director Bonné Bartron has always loved books, but it took the world shutting down for her to finally write one. Whispers is a spine-tingling thriller with a sharp satirical perspective, the perfect genre for her to cozy up to in these unprecedented times. The most humorous moments live in the tension of fear, and Bartron serves both up in her debut novel.  On October 6, 2020, Whispers debuted at #13 on the satire best seller charts, and #10 on the Amazon new release best seller list. On October 8, 2020 Whispers took #1 and #2, for the paperback and e-book respectively, on the Amazon Best Sellers New Release charts in the following categories: sociology of abuse, satire, mystery, and political misconduct.  Deliah Lawrence: What inspired you to write your book? Bonné Bartron: It was more of a response to feeling silenced. I saw something else spreading with COVID and realized if I was going to have any chance of helping or contributing at al
Post a Comment
Read more